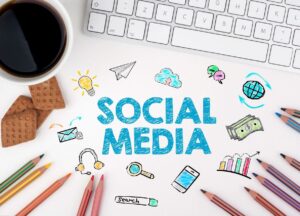 In the world of social media, new buzzy platforms pop up almost daily. And most fade away after a short stint of fame (or sometimes infamy). Vine, YikYak, even the father of modern social media (RIP MySpace) – social platforms come and go and most either fade away or get bought out and absorbed by larger existing tech giants. These days, it’s rare for a new app to breakthrough, but not impossible, as seen with TikTok’s market takeover in the Covid era.

One of the best ways to judge if a new platform seems like a contender is whether or not it’s being copied by existing platforms. Which brings us to BeReal. Instagram, TikTok, and even SnapChat are rapidly rolling out copycats of BeReal right now, hoping to keep existing users on their respective platforms by pulling in the popular new experience. Whether you’ve heard of BeReal yet or not, the app’s recent explosion in popularity is worth a quick look.

BeReal is a French app that was developed in 2020 that prompts users to share a daily snapshot at a random time of wherever they happen to be. When users are prompted and open the app, they have 2 minutes to snap their shot. The app’s success is built on prioritizing spontaneous connections instead of “over image-conscious curation.” It’s essentially the anti-Instagram in that regard.

How does it work?

BeReal uses both your phone’s front and rear cameras simultaneously to share posts that overlay a candid selfie on whatever’s in front of you. The photos are only shared with people you follow who also follow you. And users are advised not to retake a photo, going as far as sharing with your friends how many retakes you took. It also labels how late your photo was if you take it late.

There are no likes, no follower counts, nothing to attract influencers or grow your brand. BeReal is supposed to be an authentic, spontaneous means of connecting with your actual friends.

Who is using BeReal?

BeReal got off to a slow start, with just 2 million downloads, primarily among French users, in its first two years. But this year the app boomed to approximately 56 million downloads and the vast majority of the influx came from the US. BeReal’s iOS app was downloaded an estimated 11 million times in August alone, making it the most-downloaded non-gaming app in the world for that month (Washington Post).

Like most new social platforms, BeReal’s success is being driven by younger users, which is why, like TikTok before it, BeReal is being hailed as the new Gen Z favorite.

But there is a caveat – according to TechCrunch – BeReal’s explosion in popularity was driven at least in part by a paid ambassador campaign:

“And as it turns out, at least some of BeReal’s growth had been manufactured to make the app look as if it were a viral hit. College students at Brown’s student paper reported BeReal was paying them $30 per referral and $50 for an app download with a review. The students would receive the money via PayPal or Venmo, they said. Other student ambassadors organized events and doled out perks, like free boba, to recruit new users, said a report from Rice University’s student paper.”

So should I use BeReal?

As marketing and comms professionals, the thought of yet another new social platform to keep up with is always an exhausting prospect. And yet, the advice for new platforms always remains the same: wait and see.

Seriously. At the moment, BeReal isn’t exactly a platform set up for branded usage. And with a young user base, if your brand isn’t primarily catering to Gen Z and younger it’s not a good use of your time. Social platforms have never been a one-size-fits-all solution. Knowing your audience is key, and using the platforms they are already on will save you time and headache.