Change is Coming to Google Analytics 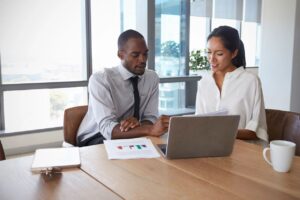 If you, like almost everyone now, have a website, chances are you want to know how the site is performing. That can be as simple as understanding how many times your site is viewed or as complicated as tracking how specific digital ads are driving conversions in your eCommerce store.

Regardless of what you want to track and why odds are you are using Google Analytics. And Google recently announced big changes to their Analytics platform that will impact you and everyone else. This blog is part one of our two-part series exploring what exactly these changes could mean.

What is Google Analytics?

What’s the difference between Universal Analytics and GA4?

This year, Google announced that in July 2023 Universal Analytics will sunset and stop collecting new data. That gives everyone just over a year to make the jump to Google’s new product – Google Analytics 4 (GA4). And if you want to have time to compare any differences in tracking between your old and new analytics, you’re going to want to do this soon.

By adding GA4 tracking sooner than later, you will be able to continue tracking through your existing Universal Analytics in tandem with the new GA4. And if you add the new tracking before July 2022, you will have clean year-over-year data to compare against next year when Universal Analytics stops collecting new data. Google has a lot of resources available to make the switch a little easier if you want to learn more.

Before you start to panic, overall, it looks like GA4 will be a much more robust and useful tracking system in the long run. And Google has already pushed out significant resources to help make the switch.

If you want to learn more about what to expect from the new Analytics and how to move forward with making the change, come back for part two next month!

Contact us to talk about your communications needs today.